Purchase Audio CDs at a a Local Bookstore

“…anyone who was in high school almost anywhere in the U.S.A. in the mid-1960s will relate to the tales Palmer relates authentically, skillfully, sensitively and, always important to this reviewer’s perpetually hungry funny bone, humorously. A most entertaining read!”

– David Cross
“This book is laugh-out-loud funny, a la David Sedaris… the yearning, confusion, earnestness, and bizarre adventures of adolescence suffuse every page. This was the last Mercer Island High School class before drugs and Vietnam took center stage… This provocative foundation had wide-ranging consequences. After all, Barack Obama’s mom was a graduate.”

Cheese Deluxe: A Memoir is a collection of mostly true tales about a group of high-school seniors during their last summer together. They’re blessed with good fortune, brimming with bright prospects, and poised on the brink of the tremendous social and political change that is brewing out in the great world. The center of their world is the Samoa Drive-In, a classic teen hangout and purveyor of the Cheese Deluxe, the world’s best burger. The time is 1965 and the place is Mercer Island, a suburb of Seattle known for its fancy waterfront homes, excellent school system (Barack Obama’s mother, Stanley Ann Dunham, graduated from Mercer Island High School five years earlier), inept sports teams, and teenagers with too much time on their hands and too much money in their pants. Recreational drug use is still just a blip on the horizon, young women are eagerly looking forward to a new and widening range of opportunities, and a generation of young men face a world where their choices are narrowed by a looming war in Southeast Asia.

Cheese Deluxe author Greg Palmer was chief cook and masterful chronicler of life at the Samoa Drive-In during the summer after his high-school graduation. Often a participant and sometimes an observer, Palmer tells fourteen memorable and moving stories of that pivotal time when he and his compatriots embarked on their coming-of-age adventures, then gathered at their favorite burger joint to horse around and ponder the greater and lesser mysteries of existence while downing several tasty Cheese Deluxes and a side of fries. There are a few romances, several comedies, some slapstick episodes and one or two tragedies, all told in Palmer’s wry, witty and distinctive voice. 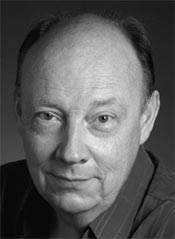 Jeff Steitzer is an accomplished actor, director and voiceover artist. Widely known these days as the voice of the Multiplayer Announcer in the HALO video games, he won an Earphones Award for his voiceover narration of David Rosenfelt’s Dogtripping, named one of the top audiobooks of 2013 by AudioFile Magazine. Jeff has appeared in several productions on Broadway including Inherit the Wind (with Christopher Plummer and Brian Dennehy), and the musical Mary Poppins, in regional theaters around the country, in several films. He played a continuing role on The Fugitive and has made guest appearances on Law & Order, The Cleveland Show and 30 Rock. When he’s not traveling or working in New York, Jeff lives in Seattle where he appears frequently in musical theatre productions at The 5th Avenue Theatre, ACT, and Village Theatre.